On Saturday, August 24, two big bus-loads of people traveled from Ithaca to the 50th Anniversary Realize the Dream march and rally in Washington, DC. We were among the thousands and thousands of positive, truly kind and powerful people there, and it renews our faith in who the American people really are to connect with so many kindred spirits speaking out for Jobs, Freedom and Justice and the civil and human rights of all people.

Thank you to all who made this happen! 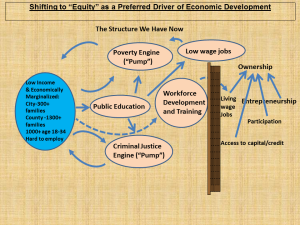 Here is a PowerPoint show, Shifting to Equity as a Preferred Driver of Economic Development, created and narrated by Kirby Edmonds.

NOTE: The audio volume is low, so please turn up your speakers in order to follow along.

This presentation is also available on the left-hand menu, by clicking on the page  “Shifting Structural Barriers to Eliminate Poverty”.

“District Attorneys decide who to prosecute.  Judges decide the sentencing. You can decide who looks out fairly and justly for our community!”

Please check out Black Farmers and Urban Growers and like them on Facebook; https://www.facebook.com/BlackUrbanGrowers . They have one of the greatest logos ever for their conference.

Our mission is to engage people of African descent in critical food and farm-related issues that directly impact our health, communities, and economic security.
Mission

Our mission is to build networks and community support for growers in both urban and rural settings. Through education and advocacy around food and farm issues, we nurture collective black leadership to ensure we have a seat at the table. Find our more today at http://www.blackfarmersconf.org/

Company Overview
The Black Farmers and Urban Gardeners Conference is presented by Black Urban Growers (BUGS), an organization of volunteers committed to building networks and community support for growers in both urban and rural settings. Through education and advocacy around food and farm issues, we nurture collective black leadership to ensure we have a seat at the table.
Based in the New York City Metropolitan area, Black Urban Growers’ founding members include representatives from the following grassroots groups, non-profit organizations as well as individuals from our communities:
Grassroots Groups
Brooklyn Rescue Mission – Brooklyn, NY
Community Vision Council – Brooklyn, NY
Garden of Happiness – Bronx, NY
La Familia Verde – Bronx, NY
La Finca Del Sur – Bronx, NY
Malcolm X Grassroots Movement, New York Chapter
Taqwa Community Farm – Bronx, NYNon-Profit OrganizationsCitizens Committee for New York City – Manhattan, NY
Green City Force – Brooklyn, NY
GreenThumb – Manhattan, NY
Heritage Radio – Online Radio Network
Isles, Inc. – Trenton, NJ
Just Food – Manhattan, NY
NYFood Museum – Manhattan, NY
Weeksville Heritage Center – Brooklyn, NY
West Harlem Initiative Neighborhood Garden Sustainability (WHINGS) – Manhattan, NY
WhyHunger – Manhattan, NY
Description
In November of 2009, Black Urban Growers began organizing and hosting a series of community events with the purpose of starting a conversation around food: Where does it come from? Who is providing it? Why don’t we see more black farmers at the farmers markets? What is the relationship between our individual health and the health of our communities, and why does it matter?Beginning with a fundraiser event in February of 2010, followed by a Community Forum that April, we’ve been inviting more and more people from our communities to engage in the conversation and together connect the dots between the health of our farmers and our collective health as a community.At the first annual Black Farmers and Urban Gardeners Conference in November 2010, more than 500 attendees began building a national network that includes producers, consumers, and everyone in between in creating sustainable solutions. This vital project continued at the second annual conference in October 2011.

This year marks the 50th Anniversary of the famous March on Washington.

On Saturday, August 24, 2013 another historic rally will take place on the National Mall, led by the National Action Network, fifty years after MLK delivered his “I Have a Dream” speech. GIAC, Southside Community Center, the Multicultural Resource Center and the Dorothy Cotton Institute are co-organizing a bus so people from our community can attend the march. The bus will leave GIAC at 4:00am sharp. We will spend the day on the National Mall and return that night to GIAC around 1 or 2:00am. Seating is on a first-come, first-served basis and tickets are $60 per seat. Priority will be given to GIAC and Southside youth and their chaperones, and if there is enough interest we will book two buses. Participants should plan on bringing breakfast and lunch, and dinner will be on your own in DC. More details about the day’s events and what to bring will follow. Please reserve your seat by August 12, 2013. If you need financial assistance, please talk with one of the organizing agencies. To reserve a seat contact Liz Field at 607-280-1960 or lizlovesmusic@gmail.com.

The rally is not just to commemorate the March on Washington, but to give us a chance to address compelling issues of the day, such as the gutting of the Voting Rights Act, and to stand against discriminatory practices such as “Stop and Frisk” in NYC and dangerous laws like the ‘Stand Your Ground’ law in Florida and 31 other states that allow murderers like George Zimmerman to walk away free. This March is about Reclaiming the Dream. Read the full press release here: http://nationalactionnetwork.net/press/rev-al-sharpton-martin-luther-king-iii-along-with-labor-leaders-clergy-elected-officials-and-activists-to-march-on-washington-saturday-august-24-2013-for-the-national-action-to-reclaim-the-d/

Read here about additional events planned, some happening on Aug. 28, the actual anniversary of Dr. King’s I Have a Dream speech.

Building Bridges is founded on a vision where our social, economic and political structures exhibit and support equality and fairness, where control, opportunities and benefits are shared with everyone, and our decisions respect the earth and our local and regional ecosystems. In this post, part of an ongoing conversation already underway in our community and beyond, I’d like to begin exploring how we might go about Reimagining Our Infrastructure, and what is holding us back.