Free & Open to All

101 E. Green St. at S. Cayuga St., Ithaca, NY
Presented by the Diversity Consortium of Tompkins County in cooperation with the Human Services Coalition
Co-sponsored by the Tompkins County Public Library
A NEW PANEL DISCUSSION FOR ORGANIZATIONS AND INDIVIDUALS INTERESTED IN LEARNING MORE ABOUT REMOVING THE “CHECK BOX” REGARDING CRIMINAL RECORDS AND DELAYING THE BACKGROUND CHECK INQUIRY UNTIL LATER IN THE HIRING PROCESS.

The forum will bring together panelists from a cross-section of professions, including government, academia, law, and small business to discuss the ramifications of prematurely or illegally considering conviction information, and the role it may play in preventing people with past convictions from receiving a fair chance.

Questions will be addressed by panel members who have had experience with implementing ban the box in their work places; who have had experience with the criminal justice system; or who are working to support those who are re-entering the community and seeking to be productive citizens.
As a number of local employers are implementing “ban the box,” others are looking for more direction. Additionally, many community members are seeking guidance on how they can be part of a movement to welcome back those who have been formerly involved in the criminal justice system and to ensure that they have a fair chance to work. The Diversity Consortium of Tompkins County is sponsoring this forum to support this effort.
George Ferrari, Director, Community Foundation of Tompkins County will moderate this session.
Panelists include:
Khalil Bey, Ultimate Re-entry Opportunity Mentor Coordinator, Multicultural Resource Center
Laura Branca, Managing Partner, TFC Associates and Co-Owner of Moosewood, Inc.
Phoebe Brown, Ultimate Re-entry Opportunity Community Outreach Coordinator, Multicultural Resource Center
Amy Guererri, Commissioner of Personnel, Tompkins County Government
Jason M. Leifer, Attorney and Dryden Town Supervisor
Schelley Michell- Nunn, Director Human Services, City of Ithaca
Allan Bishop,  Associate Vice President Human Resources, Cornell University

Across the nation and here in Tompkins County, there is a Ban-the-Box movement to reduce barriers to employment for applicants who have a felony conviction on their record. Given the enormous number of people who have been convicted, the vast majority for non-violent crimes, employers play an important role in helping people find decent, stable employment. Other states such as Hawaii, Ohio, Oregon, Massachusetts, California and N.J., and municipalities such as Orlando, NYC,  and the City of Rochester have passed Ban the Box Ordinances. In June of 2015, NYC went beyond banning the felony box on applications for jobs in city government, and now prohibits both public and private employers from asking questions about felony convictions during the initial employment application process.

As a business that has employed a lot of people over 42 years and values fairness in employment, this seemed like something important for us at Moosewood Restaurant. In our case, we were actually using the same old boiler-plate application for years; I looked at it and there was the question: “Have you ever been convicted of a felony? If yes, please indicate which charges may be relevant to the position you are seeking.”  All we needed was to agree that this was an unnecessary barrier, and we revised the application and deleted the question. Simple.

There are multiple steps in a hiring process, and employers may ask about prior convictions at later stages. In some cases employers must ask about felonies up front if it’s relevant to the position the candidate is seeking, for instance, as a police officer or as a childcare worker.

Ban the Box laws and policies don’t require the employer to hire a particular applicant, but one of the goals is to reduce recidivism among qualified people who happen to have a record and to help people who could be fine employees make it through the application screening process. The Obama Administration’s My Brother’s Keeper Task Force gave the movement a boost when it endorsed hiring practices “which give applicants a fair chance and allow employers the opportunity to judge individual job candidates on their merits.”

We encourage other businesses and institutions in Tompkins County to adopt Ban the Box policies. Whether one is a small business owner, manager, department head or human resource director, employers understandably have important questions.

These links may be helpful:

This year’s Jeff Furman Award for Social Responsibility in Business is long overdue: 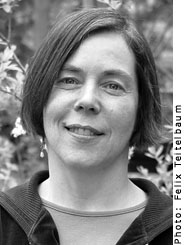 Jan Norman of Silk Oak and Ithacamade, whose businesses exemplify a commitment to socially-minded business practices, including being certified Living Wage Employers. Jan engages with the community in ways that promote sustainability and education, and she has worked tirelessly to make Ithaca a vibrant, living local economy.

Congratulations, Jan! You are a role model for the Building Bridges Network and you live the vision of a socially just, ecologically sound local economy.